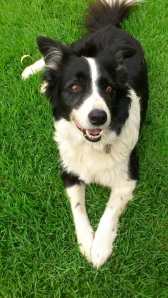 Fans of Grease (the movie) would remember the exchange between Danny Zuko and Rizzo over milkshakes and burgers at the diner. ‘Somebody snaking you, Danny?’ Rizzo asks. ‘Oh, bite the weenie, Riz’, retorts Danny. ‘With Relish!’ comes back Rizzo. Ah, I love it!

And so to relish. I am desperately scouring my vegie patch for tomatoes that haven’t swollen and split with all the recent rain we’ve had. My bumper crop of only last year seems but a distant memory. I had the most amazing glut of tomatoes at the end of the season. I’d planted way too many – yellow pear, tigerella, tommy toes – they were all beautiful and so tasty, but I had way too many.

I don’t want to harp on about home-grown fruit and veg, but when you’ve feasted on your own tomatoes, the shop-bought varieties are such a poor second. However, you can have too much of a good thing, apparently. I had bucket-loads of them. I made tomato soup, I roasted some, we had tomato salsa until it was almost coming out of our ears, I froze zip lock freezer bags full of them, to add to casseroles and other cooked dishes. But the ‘peace to the resistance’ (as my brother would say), was my splendid tomato relish. Yes, even if I do say so myself.

Of course, my biggest regret was not entering the relish in the local show. It’s only then, as the local show stalwarts around here are only too willing to tell you,.. it’s only then, that you know how good you really are, or not, as the case may be. With this year’s show fast approaching, 100th annual show this Saturday – ahhh, the clock is ticking way too fast – I am determined to get my relish made, if only enough to just scrape together for one jar, that’s all they need judge.

My efforts thus far, to make the relish, have been thwarted. I feel like my life (since The Kid came along) has become a series of interrupted and disrupted moments. Like for example, last week we were dog-sitting BecC’s first born – Jack the Dog… I was trying to do something in the kitchen – check my emails was it? Can’t remember. Anyway, pre-occupied I was. And The Kid asked a couple of times for a drink of water. Simple request. I kept saying, just give me sec, hang on, won’t be long… but apparently I was taking too long as I became vaguely aware of The Kid helping himself to a plastic cup from the cupboard. He then ducked down behind the kitchen bench so I couldn’t see him. With the sound of pouring water, I jumped off my stool, leapt to the other side of the kitchen just in time to see The Kid, having carefully poured Jack’s water from the dog bowl into his cup, keenly guzzling dog slobber-laced water.

So, what do you reckon my chances are of getting the relish made by Saturday – it’s already Monday?

Am back off outside now to see if any of those green toms have ripened, since this morning? Or perhaps I could make Green tomato relish? Ew, is that another email that needs checking? Or should I get the washing in off the line?

3 thoughts on “With relish!”