Our local Show is only a couple of weeks away. Officially it’s known as the Wallamba District Agricultural and Horticultural Show, a bit of a mouthful, so let’s just stick with ‘The Show’.

There’s talk around town about who’s entering what. You can sense the competitiveness starting to simmer.

Amongst my friends, we’re agreed that it makes the day more enjoyable if you have items entered. We’re not necessarily in it to win it, but I have to say it’s quite a thrill seeing a blue show ribbon on one of your entries when you wander through the Produce Shed or through the exhibits in the main hall.

I still remember the first Show Bec C and I went to together, when her Runny Mango Chutney placed First in Section 4 Jams, Condiments & Preserves, Category 25: Homemade Chutney, any variety. No mean feat I can assure you. Oh the excitement, when we realised the blue ribbon was draped over HER jar! I tell you, there were tears in her eyes.

Winning a ribbon once or twice also means there’s pressure. My rosemary has won First Prize in Section 16 Vegetables, category 19 Herbs, fresh bunch (one variety) for 3 years now. I’m almost reluctant to enter it this year.

Last year Bec C’s boys and The Kid entered in the Best Dressed Pet Competition. They were joined by another little friend, Eddie. We had 2 Batmans and a Batdog, as well as 2 Spidermans and a Spiderdog. Jack was Batdog and Jones was Spiderdog. 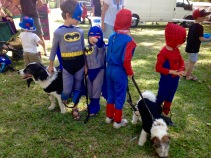 The dog costumes were in fact 3 years old. I’d originally made them for the 2013 Show, which was rained out. I had to take Jones to the vet the morning of the 2014 Show with a horrible cough which was diagnosed as Kennel Cough (and yes, he had been vaccinated). I was told that Jones needed to be ‘quarantined’ and couldn’t attend the show. Given the vet was also going to be The Judge at The Show we had no choice but to withdraw from the competition. Even with his Spiderdog costume on, I feared Jones would be recognised. The hacking cough was also a dead give-away.

So the costumes were dusted off, again, for the 2015 Show. And there we were fluffing, priming and preening our little entrants ready for the Judge and Judge’s assistant. I remember it was a warm day for last year’s show and thankfully the pet categories are judged under the shade of a huge old camphor laurel tree.

Both dogs were on leads, Jack, I mean Batdog, being held by a 3 year old Batman. Batman’s grip momentarily loosened and Batdog was free to roam about, checking on all the other entries, one of which was a group of 3 hapless hamsters. Let’s just say we managed to avert a disaster. Someone grabbed Batdog and the hamsters were saved from a terrible fate. Luckily the hand-painted hermit crabs didn’t pose much of a temptation for either Batdog or Spiderdog. Spiderdog was more interested in getting to know the canine princess from Frozen (no, I didn’t realise there was one either), and the Labrador who “looked most like his owner”. Poor bloke.

Anyway, it’s all history now of course, but for the record the First Place was awarded to the Batdog / Spiderdog combo. The prize money was $2. We split it between the 4 boys. The 2 dogs were happy to just get out of their costumes.

I also recall from last year’s Show, my surprise at not winning with my Packham Pears. I’d entered 4 beauties (Section 17 Fruit, category 67: Any fruit not on schedule). The person whose pears won, let’s call her Doris, almost had a clean sweep in the Produce Shed. Granted, she grows spectacular fruit and vegetables, but I felt strongly that my pears were of a superior quality. As I walked out of the Produce Shed, I bumped into my girlfriend Kim and in an incredulous whisper, I told her about the ‘situation’. She said she’d check them out. Later in the day, she broke it to me, “Bec, I think Doris’ pears were riper.” I was shocked. I looked at Kim, wide-eyed and said, “Kim, whose side are you on?”

One year, actually it was the 100th anniversary year of our Show, a little fracas nearly broke out next to the cake and pie display cabinet. 3 women, let’s call them Beryl, Merl and Vi, as in Violet (seriously not their real names), were viewing the winning apple pie with mock distain on their faces. Only it wasn’t mock. The pie in question had 100 in cut-out pasty numbers on its top. Vi was overheard saying to Beryl, while Merl leaned in, “Embellishments are strictly not permitted. This category should be re-judged.” Approving nods and grunts of agreements from both Beryl and Merl.

You see, this is the kind of thing that goes on at country shows. It’s simply wonderful, and I love it.

I also can’t wait to watch the horse riding in the main arena, see the beautiful specimens in the Cattle Pavilion, watch the dogs prance around the dog ring, eat white bread sandwiches made by the ladies from the CWA, and to catch up with friends over a cup of tea.

But, what to enter this year?

I don’t have enough pears this time around, but that’s probably a good thing. I’m not sure that my persimmons will be ripe in time. I don’t think I’ve got it in me to make another dog costume. My rhubarb (which has placed before) is looking too sad. But, on the other hand, I have an abundance of limes; some persimmon jam which was made within the last year; figs, that may just be ripe in time; a crocheted blanket (that I know won’t stand a chance – you should hear the ladies talk about the specifications about stitches and wool and blah blah); and there’s always my good old rosemary. She hasn’t let me down,…. yet.

May the best entries win! 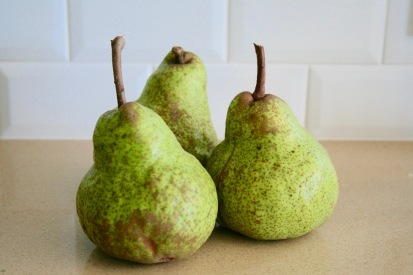 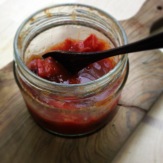 10 thoughts on “Winning isn’t everything”