I was talking with a friend yesterday, as we sat outside my house on the verandah in soaring 30 degree temperatures (yes, I realise this photo isn’t actually my verandah but is Bec H’s and that’s her in the foreground, but it’s so good I just had to use it anyway. Photographer: Dougal), and she mentioned having seen an ad for a bed and breakfast up north, promoting none other than ‘Sundried Linen’.

Of course, I almost choked on my iced water. “Sundried Linen”?!! 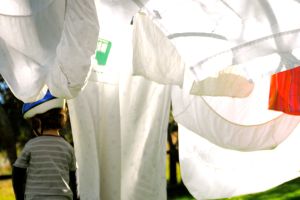 And now I can’t get it out of my mind, every time I look at my washing hanging on the line. Should I be opening a Bed & Breakfast? What are we coming to? Has it really become the norm, even in these days of environmental awareness, to dry sheets in a dryer? Is it really such a novelty and luxury to have ‘sundried sheets’? What’s next – ‘Natural Lawn’? ‘Rain from the Clouds’? ‘Genuine Living and Breathing Flora and Fauna’? Scented Flowers’?

And thus I neatly segue over to the topic of my first post for the year –  my very own ‘Living and Breathing Flora’. No doubt some of you have been losing sleep worrying about the current state of my garden during the dry, hot summer. Your concerns may rightly so surround my vegie patch, and the future of our fledgling but friendly co-op. Because as you may have seen in the past, it has not always been living and breathing. 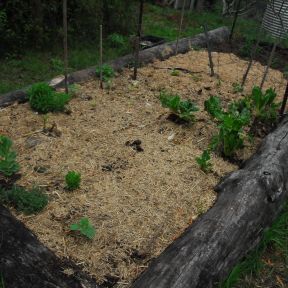 This miracle of nature has not come about on its own, but is due to the diligence of in fact 5 people: My mother, who planted the seedlings in November during her visit; my neighbour and friend Jimmy, who visited every day for 9 days over Christmas to water each bloody plant by hand (I said – ‘just pop up twice Jimmy. I don’t expect anything to flourish, but it would be nice if they didn’t die…’ Needless to say, under him, they flourished. I suspect he also talked to them), and myself and the two boys. In fact, watering time at the end of every 2nd day (can’t quite bring myself to do it every day, and I LIVE here!) has become quite a bonding time between us. We all get our watering implements out, the boys have a tussle over the Mickey Mouse watering can, and we all head down to ‘the patch’. At this point, I say ‘ watch out for snakes’ then give the boys their own bucket to replenish their cans from themselves, whilst I empty bucket load after bucket load of precious ‘Rain from the Clouds’ directly into the base of each plant to minimise evaporation. Up and down I go, laundry to garden, garden to laundry, like Mickey Mouse in Fantasia, with my buckets of ‘Rain from the Clouds’. It’s fantastic excercise actually, and I must remember it for my next hike. Either that, or I could buy myself a hose.

Despite this plant growth, I still fear greatly for the tiny co-op of friends I’m supposed to be sharing it with because if it’s counting on produce from me, it’s going to be waiting a looong time. For example, my beans have grown alot of leaf, but not alot of bean. Although look, here’s two. No, you can’t have them.

My watermelon – well, all 3 plants are alive. But compare it to the pumpkin, planted several weeks later. 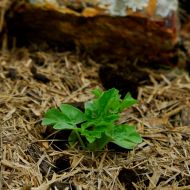 My tomatoes – again – lots of leaf, not alot of tomato. 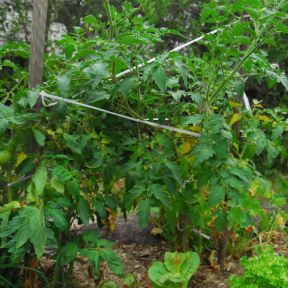 Cucumbers, same. We’ve started eating them which is soooo exciting, but there’s nothing extra to give out – we eat them as fast as we pick them (well, I’m actually only talking about 4 cucumbers in total so far, but it’s better than nothing). 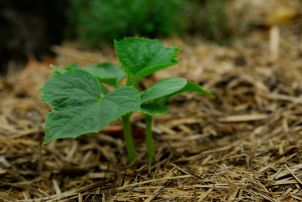 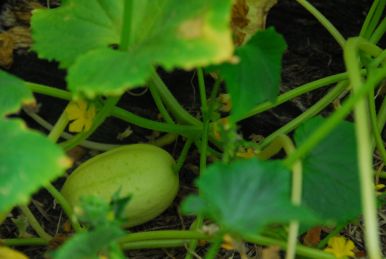 The sunflowers, I’m very happy to say, appear to have grown well (although I have no point of comparison).

The lettuce and greens (‘Green Greens’)… Edible, but nothing like those big ones in the supermarket. And now they’re going to seed. I’m not sure new seedlings will make it in this heat? 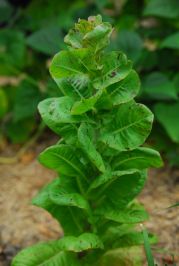 But now, let’s have a look at the basil. Hooray! 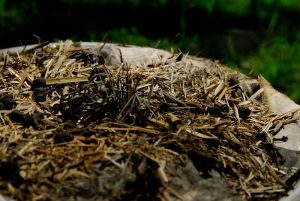 Best not to talk about the sage…

And let’s not forget, THE mango. Whoops. 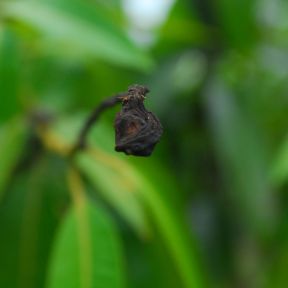 Lastly, before I end the pictorial tour of my garden, I’ll throw in some flowers – after all, what’s a garden without flowers? These frangipanis were planted around 9 years ago, with cuttings from Dougal’s late grandmother’s trees. Much to my astonishment, they’ve all made it, and this is the first year they have all flowered at the same time. As for the roses? Put it this way: ‘Scented Roses’. And my 8 yr old hibiscus actually gave me a flower. 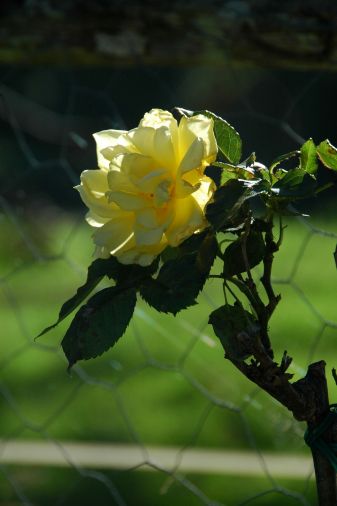 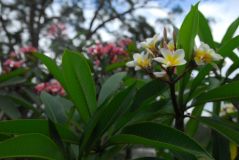 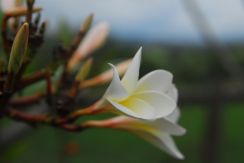 Look at that. Real-life Living and Breathing Flora and Fauna (although if I’m honest, I took these photos a week ago, and they’ve suddenly realised that it’s very hot and it hasn’t rained since… since… whenever. Everything is burning, turning yellow, or curling).  If you’re interested, I’ll keep you updated on more, in between drying my Sundried Linen. Anyone need a Bed & Breakfast?