We have, ummm, been celebrating the Christmas season since Halloween. This is not because we have been consumed by religious fervour (not much of that here. In fact, errr, quite the opposite), but because the only thing that would appease young Thomas from the disappointment of not being allowed to ‘celebrate’ Halloween (“no darling, we don’t live in America, we are not Americans, it is not our holiday”), was me agreeing to let him put up some Christmas decorations instead. Why not?

Well, what a turnaround. Halloween didn’t get a look in after that. A bit of tinsel here, a Christmas stocking there… Actually, about our stockings – they are really something very special. There is a local woman whose passion is quilting. In fact, every year she heads off to America for the International Quilting Convention – which apparently consists of pavillion upon pavillion of, well, quilting stalls! It’s so intense, she has to come home via Hawaii for a week’s rest! Anyway, Jenny’s (that’s her name) gift to the region is presenting every new local child that she comes across with their very own personalized Christmas stocking. For free. From the big deep well of her generous heart. She’s been doing it for many years – that’s thousands of stockings. Simply because she likes to think of those children – there are about 50 new stockings every Christmas – waking up to her stockings, and looking into them with the excitement of a child’s Christmas. All she would like is a Christmas wish sent her way.

And so we have two stockings. Thomas, so he tells me, has been checking them every morning, ‘just in case’. 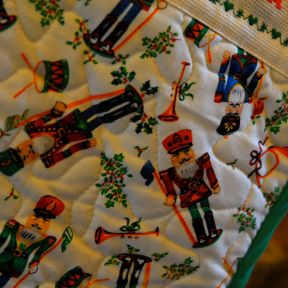 Thus whole house has begun to get that special ‘feeling’, a little earlier than usual. I’ve even put on Christmas carols (oh, I love a good Christmas sing-along), dancing around the cramped confines of our lounge room as I teach both boys to ‘dip (back) and tilt (head)’ to Bing Crosby’s ‘Jingle Bells’ (yes, style +).

And thus Christmas has begun, and much of its associated activities. We’ve been painting and sprinkling sparkles, cutting and glueing, and finally, with the help of my visiting mother, who spent her professional life teaching primary school children, we’ve actually ended up with Christmas craft that we can show publicly! 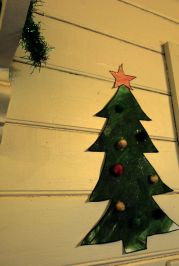 I’ve always been one of those to lift my upper lip and scoff at those retail shops who hang their Christmas wares out a little too early. But I concede, I WAS WRONG, because putting everything out early only lengthens and heightens the expectation. Put it all out too late, and you’ve missed it! (The exception of course, is the Christmas tree, which would sadly die before Christmas, as really you can’t expect more than a month of it being stuck in a bucket without wilting. Excitingly, our annual ‘Christmas tree in a paddock’ hunt is coming up).

Today I even cooked up my now annual ‘Spicy Pear and Ginger Chutney’ (yes, the very same one that has failed to impress the judges in the Nabiac Show for 2 years running. But I have decided to make it my mission to keep entering it anyway – unless of course I eat it first) in preparation of my Christmas handouts. It felt good. 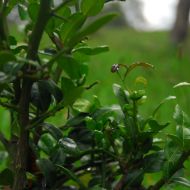 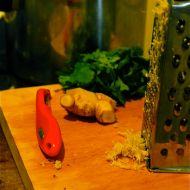 So I’m putting it out there, and encourage you all (if you do the Christmas thing, that is) – ‘Deck the halls, ’tis the season, don your gay apparel’ and bring Christmas into your hearth (if you have one) and home a little earlier this year, and indeed, every year!! For the simple reason, that it feels good!

15 thoughts on “Christmas In November”